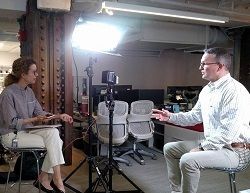 National and international news outlets seek out Dr. Aldredge, past president of the American Academy of Periodontology, for his expert insight on:

Dr. Wayne Aldredge was interviewed on camera by the Associated Press for his expert opinion on recent dental floss studies. The dental floss story was released internationally on August 2, 2016 and Dr. Aldredge's defense of dental flossing appeared in hundreds of national, regional and local newspapers, radio stations and TV reports. 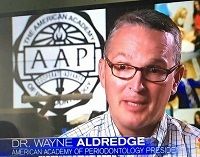 The dental floss debate immediately went viral, and Dr. Aldredge appeared on NBC Nightly News with Lester Holt to provided further insight on the efficacy of flossing and oral health.

Previously, Dr. Aldredge has appeared in Mississippi Magazine; the Monmouth Journal; Monmouth Health & Life magazine, and online with "Take 5 with Marty Jablow" and "The DEZiree Show".

Dr. Wayne A. Aldredge a New Fellow of the American College of Dentists 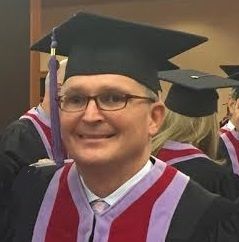 Dr. Aldredge has been inducted into the very prestigious American College of Dentists. the oldest major honorary organization for dentists.  Only 3.5% of dentists achieve this elite honor.

The mission of the College is to advance excellence, ethics, professionalism and leadership in dentistry.

Membership in the American College of Dentists is by invitation only.  Fellows are nominated by current members, and are selected via peer review.   Dr. Aldredge was named a Fellow on the strength of his leadership and achievements as well as his ability to offer new insights and direction for dentistry and oral health.

The convocation was held in Denver, CO, on October 20th, 2016.  Well-deserved congratulations to Dr. Aldredge!

Dr. Wayne A. Aldredge Sworn In as President 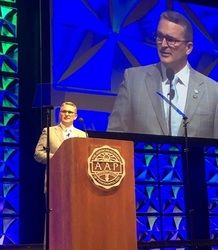 Dr. Aldredge has been installed as president of the American Academy of Periodontology (AAP), the world's largest professional organization for periodontists.  He is the first Academy president from New Jersey.

Dr. Aldredge will head a membership of 8,400 periodontists. The Academy's  mission is to advance the periodontal and general health of the public and to promote excellence in the practice of periodontics. Dr. Aldredge took office on November 16, 2015 and will serve a one-year term.  He duties will include traveling abroad to meet with periodontal leaders and organizations around the world.

"I'm honored to lead the most vibrant dental specialty profession in the world," Dr. Aldredge said before the event.  "Never have we been able to do as much as we can now to make sure that no one lives with pain and discomfort in their mouths. We have advanced technology - minimally invasive surgical techniques, laser gum treatments, computer-controlled anesthetic injections - that allows us to treat our patients with more comfort and more successful results than ever before.   The time is right to let everyone to know that their periodontist can help them chew and smile forever."  Congratulations to Dr. Aldredge

*Disclaimer: results are not guaranteed, may not be permanent, and can vary per individual. Some images are of models, not actual patients.